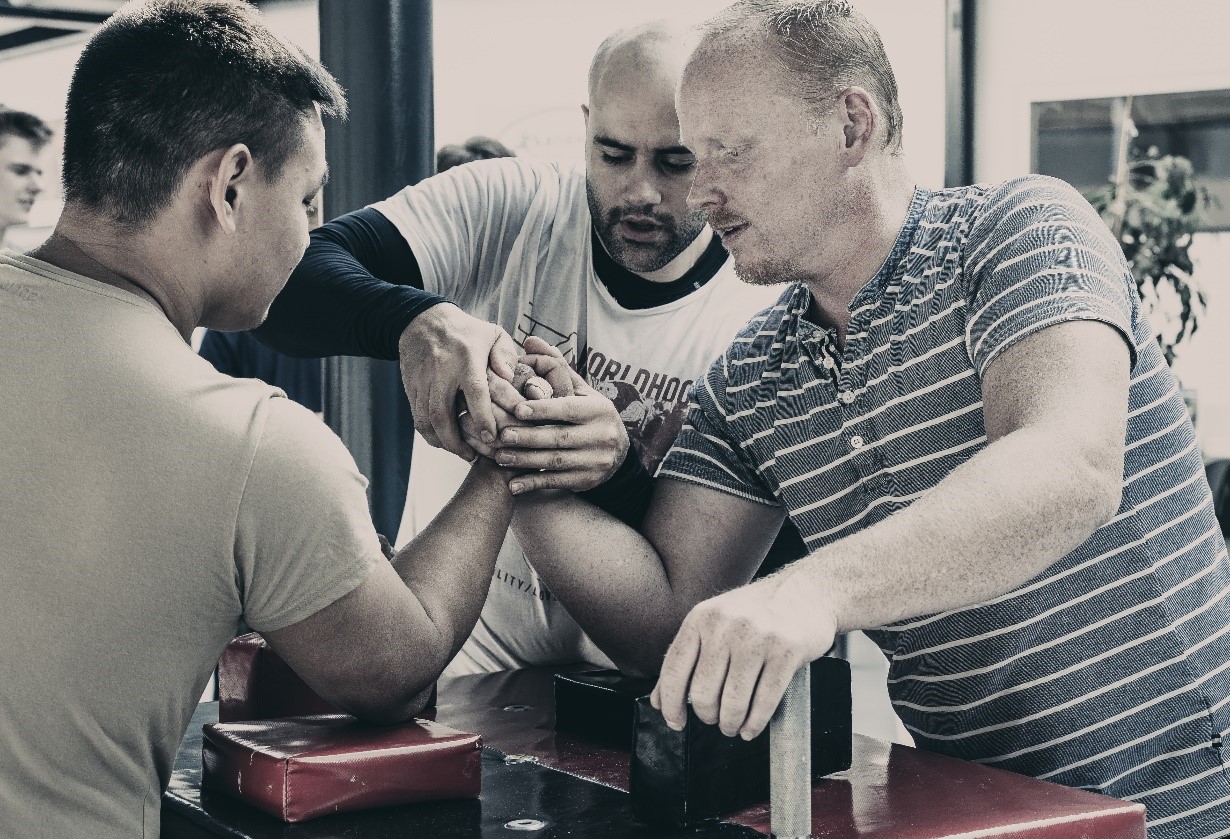 Two athletes will compete to push the opponent's hand down to a table where both athletes' elbows are resting.

It is a sport that combines strength, technique, endurance and tactics.

The groups for the tournament will be randomly made before competition start.

Two professional arm wrestlers will make sure that all participants are informed about security and the rules. They will also inform the competitors about the right way to warm up.

After the competition the audience will get the opportunity to try arm wrestling against professionals and learn more about arm wrestling.

Weight Classes:
If there is to few participants in a weight class, they will be moved to a higher level.

Rules:
The rules will follow international standards (WAF). The competition will be on a professional and certified table where both competitors will be standing.

Both competitors grab each other's hand and place the elbow on a pad. The competitors will grab a special handle (placed on each side of the table) with the non-competing hand.

Competitors must hold on to this handle during the competition and at least one leg must be on the ground.

A competition will always be judged by two referees who are responsible for the competition.

For a complete list of rules we refer to: http://www.waf-armwrestling.com/armwrestling-rules/.

The most important rules are listed below:

Weighing procedure:
Weigh-in will take place just before the competition. If the weight is higher than the listed levels you will be moved to a higher level.

The program is subject to change.

Uniform
Only short sleeves or sleeveless shirts will be allowed during competition. Competitors are not allowed to use protection for elbows or wrists.

It is not allowed to wear any kind of rings, watches, wristbands etc.